CapitaLand Retail China Trust (SGX: AU8U) or also known as CRCT is Singapore’s first and largest China retail REIT. They have a portfolio of 13 shopping malls located across China.

From the day of its initial listing in December 2006, its investment properties value has increased by close to fivefold to SGD 3.2 billion as at 30 June 2020. With the pandemic outbreak starting late 2019 originating from Wuhan, China, it has definitely concerned investors with the lockdown measure put in place.

However, with restrictions gradually lifted in China, many businesses began operating as per usual. In fact, China has reported economic growth of 4.9% in the third quarter. Hence, in this post, we will be looking at how CRCT has performed historically and over the last few quarters.

1. An expanded mandate announced in September

On 30th September 2020, CRCT has made an announcement on its change in investment mandate. With the change in mandate, CRCT geographical location will now expand to China, Hong Kong and Macau. In this past, their investments are only concentrated within a number of cities in China.

Secondly, the new mandate also allows CRCT to diversify its asset type to both retail, office and industrial purposes (including business parks, logistics facilities, data centres and integrated developments). This is as opposed to its current holding which is predominantly retail malls.

From REIT Pulse view, the mandate expansion is favourable for two reasons:

One thing COVID-19 pandemic has taught us is that not all industry and geographical region are equally affected. Some sector recovered faster and some relatively slower. This applies the same for assets across different geographical region. Hence, the importance of having a diversified asset portfolio.

The positive aspect of its operational performance, on the other hand, is the addition of 3 properties in FY19 namely CapitaMall Xuefu, Yuhuating and Aidemengdun. These 3 additions will definitely be a contributing factor to a better financial performance in FY19 given the slight drop in the occupancy rate of its existing properties.

3. Continue decline in occupancy rate in Q1 to Q3 FY20

With the recent release of its Q3 2020 business report, we have decided to look into CRCT operational performance. From the table above, we notice that the occupancy rate continue to drop in both Q1 and Q2 FY20 with a slight recovery in Q3 2020.

The decline in both Q1 and Q2 are probably due to the COVID-19 outbreak. However, the performance is improving given that business is operating as usual now in China. Both shopper traffic and tenant sales are improving which is evident from the slight improved in occupancy rate in Q3 2020.

4. Growing revenue and net property income from FY16 to FY19

There are various reasons for the growth in the financial performance but a key contributor to the growth in FY19 is mainly the addition of 3 new properties in FY19. Despite the slight decline in occupancy rate in FY19, the 3 addition in properties has been a plus to CRCT.

5. Increased in Distribution Per Unit from FY16 to FY18 with a decline in FY19

CRCT’s gearing ratio stands at a healthy 36.7%. Though this have been increasing from 35.3% in FY16 to 36.7% in FY19, its current gearing is still f well-below the regulatory gearing ratio limit of 50%. This would still give them further debt headroom for further acquisition or asset enhancement initiatives.

Of its total borrowings, approximately 80% of its debts are fixed rate in nature. This would help reduce its interest rate risk. Having said that, this would also mean that CRCT would not be able to benefit from the low-interest-rate environment.

In an announcement made on 6th November 2020, CRCT has made an announcement for its proposed acquisition of 5 new assets and the remaining interest in Rock Square previously own partially. The total cost of acquisition is estimated at approximately SGD 822 million which will be financed through a combination of equity fundraising, perpetual securities, debt financing and internal cash resources.

All the 6 proposed acquisition has a committed occupancy of 90% and above. As per the management presentation, these acquisitions will further improve the DPU.

We see this as a plus as it is the first step taken by the management in the diversification of its portfolio given that the 5 new properties are mainly business parks and industrial properties.

From REIT Pulse analysis, we see growth opportunities in CRCT performance given its strong historical performance. There is a slight drop in the FY19 DPU given the time lag in the recognition of income of the newly acquired properties in FY19 with the enlarged share base. The COVID-19 outbreak has also been adverse to the performance in the 1H20 but with China business back to usual, this is a positive sign to CRCT.

Furthermore, CRCT recent proposed acquisition is another positive aspect for investors given then diversification it will bring to the overall portfolio.

What are your thoughts on CapitaLand Retail China Trust? If you are just getting started, feel free to read more of our REIT Guide and REIT Analysis. You can also read more about what REITs are if you are new to REITs. 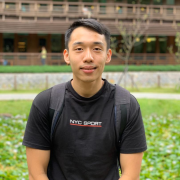 Understanding the different type of REITs